THE last thing Mitch Davies did for his little brother Kody was to stop him on the driveway and forced him to empty his pockets.

Kody said he was going for a walk. Mitch assumed it was to take drugs.

It was the last time he saw him alive.

An hour later, he was staring down at Kody’s “smirking but peaceful” face looking back at him.

There was no note, no hug goodbye. It was over.

Kody and Mitch Davies were six years apart, but shared a bond only brothers can have.

Kody had been battling an ice addiction for seven years before the “voice in his head” told him to take his own life.

He had a stable job, came from a loving, generous family and had great mates.

At 17, the world was very much his oyster.

He had grand plans to own his own trawling business, become a father and continue to “sh-t-stir” his older brother.

Ice put an end to that.

Kody Davies with Mitch’s 4-year-old daughter Gracie. Kody cared for her like she was his own child.

“He started at parties at 17, just with ecstasy back then. Then it snowballed. He wouldn’t touch anything other than ice,” Mitch said.

The Davies family gave him unwavering support and seven times Kody went to rehab programs: some successful for a while, some not.

But he was unable to shake the drug habit.

“He tried. He tried so hard, and I know he wanted to change,” Mitch said.

“My parents bent over backwards to help him. They tried everything.

“It has broken them. Dad, especially, is struggling.”

Ice was a scourge in Mitch’s life, too. He was also hooked as a teen by the “monster” drug.

“People think I got clean for my daughter Gracie. That’s partly true,” he said in his eulogy for Kody last week.

“But in all truth, I think it was to be a role model and someone my brother could look up to.

“We, as a family, were really looking forward to the future, of both of us being clean together. And not worrying.

“Playing golf with dad. Him having a child of his own. The way he used to play with my daughter is something I’ll really miss. He would stir her up, but so lovingly.”

Mitch truly believes there was nothing he could have done to stop Kody taking his own life.

“When he walked out the door, I honestly thought he was going to use again, so I stopped him,” he said.

“There was no indication at all. No tell-tale sign. He just knew what he was going to do.

“But why not give me a hug? Why not say goodbye? And that’s what kills me.”

Donna Somerville-O’Halloran posted: “Had the pleasure of meeting Kody when he was a young lad with the world at his feet. Devastating news.”

Pam Tomkins said: “It was the saddest and most heartbreaking funeral I have been to for a very long time.”

Lisa Mason wrote: “Kody was a beautiful soul. His parents went above and beyond to help him. A young man I loved dearly, my heart is broken.”

Boreen Point resident Trevor Clarey was Kody’s great uncle, he said the funeral service was “brutally frank” and left those in attendance shaken.

He said his heart ached for his extended family.

“For this to happen to such a gentle, soft, intelligent family is gut wrenching,” Mr Clarey said.

“This insidious drug is claiming and destroying lives. 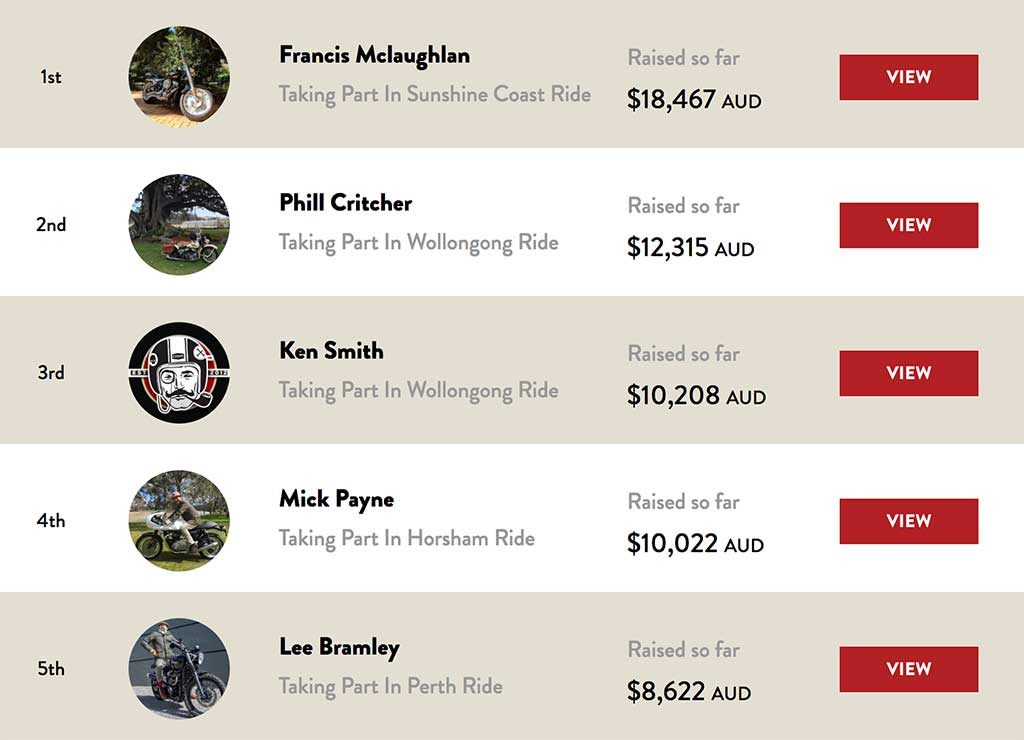 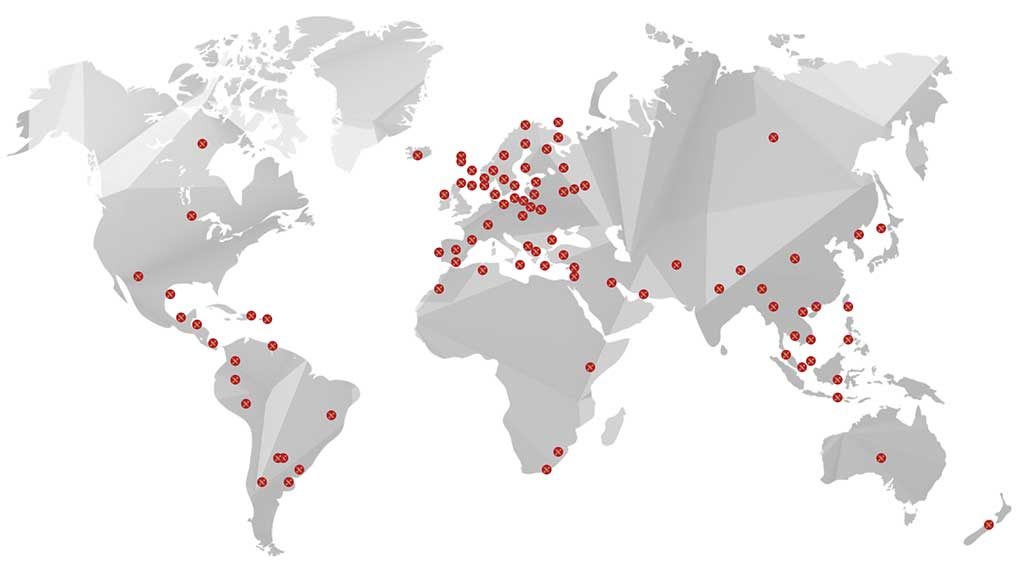 A SHIFT from Maleny’s rolling hills has sparked an increase in professionals entering rehabilitation on the Sunshine Coast.

The Health Retreat, which had two facilities in Maleny, has moved into one central facility in Kiels Mountain.

The major relocation earlier this year sparked a flurry of high-profile professionals seeking treatment at the facility.

Owner Francis McLaughlan said the shift to a “more central location” had led to more professionals coming to the centre.

He said being closer to the airport had also made a difference, as people flew in from interstate and overseas.

“Within 10 minutes (of landing) they’re in a room,” Mr McLaughlan said.

With the new semi-rural setting Mr McLaughlan said it enabled people to go for early-morning beach walks three to four times a week.

“The accommodation is brilliant now too,” he said.

The new facility, according to Core Logic property data, boasts 11 bedrooms and 12 bathrooms and was an old bed and breakfast, complete with commercial kitchen, fireplace, cabins and pool spread over 5.9ha.

Mr McLaughlan said they’d spent “a few hundred thousand” on the facility during the transition and they were currently building four new cabins, which were due to be finished by the end of the year.

The new facility has a doctor and psychologist on staff and Mr McLaughlan said they were now delving deeper into the physiological side through blood testing and other analysis to help patients.

Depression and anxiety are the two main issues the retreat deals with, as well as the self-medication of alcohol, drugs and prescription medicine associated with the two disorders.

FRANCIS Mclaughlan first turned to the bottle to “dumb out” the memories of a 17-year-old boy who died in his arms after a drag race gone wrong.

It was 2004 when a teenage driver slammed into Mr Mclaughlan’s car at 150km/h, splitting him in two.

Tragically the young driver died and the incident has had a lasting impact.

“I was never a drinker, but it made me drink. I thought he was trying to talk to me and I wanted to dumb it out,” Mr Mclaughlan said.

“He hit me head-on and died in my arms. I had post-traumatic stress disorder every day.”

He says young men are “dying like flies” and are unable to take the first steps to turn their lives around.

“Men are wired differently, we supposedly cope better and keep it bottled up inside, but you’re no good dead.”

Over the next month, Mr Mclaughlan will try to raise $50,000 for mental health and prostate cancer by taking part in the Distinguished Gentlemen’s Ride in Noosa on September 30.

FRANCIS Mclaughlan first turned to the bottle to “dumb out” the memories of a 17-year-old boy who died in his arms after a drag race gone wrong.

It was in 2004 when Mr Mclaughlan became caught up in a crash out of his control.

The teenage driver was severely injured after speeding at 150km/h and slamming into Mr Mclaughlan’s vehicle.

It tragically left one dead and a lasting impact on Mr Mclaughlan.

“I was never a drinker, but it made me drink. I thought he was trying to talk to me and I wanted to dumb it out,” Mr Mclaughlan candidly told the Daily.

“He hit me head-on and died in my arms. I had post traumatic stress disorder every day.”

He says young men are “dying like flies” unable to take the first steps to turn their lives around.

“Men are wired differently, we supposedly cope better, and keep it bottled up inside, but you’re no good dead,” he said.

“We are losing generations and it’s scary.

“Everyone has their own reasons why, being bullied, beaten up, in the wrong crowd, so many pressures.

“Most blokes haven’t got the support they need.”

Over the next month, Mr Mclaughlan will attempt to raise both $50,000 and awareness of the highest killers of men – mental health and prostate cancer.

Part of the Movember campaign, Mr Mclaughlan will take part in the Distinguished Gentlemen’s Ride in Noosa on September 30.

“I want to become the top in Australia, then the rest of the world,” he said.

“I plan to send out thousands of emails and follow up calls to get people to donate. Every bit helps.”

The Movember Foundation has already funded more than 1200 men’s health projects with a unique focus on global collaboration.

The money from this year’s ride will be split between prostate cancer clinical research, prostate cancer health services and men’s mental health and suicide prevention projects.

We use cookies to ensure that we give you the best experience on our website. If you continue to use this site we will assume that you are happy with it.Ok